Institute of Biochemistry and Molecular Medicine 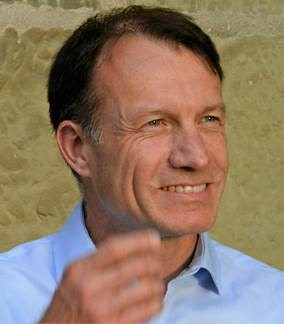 Hugues Abriel studied life sciences at the Swiss Federal Institute of Technology in Zurich (ETHZ, 1989) and medicine at the University of Lausanne in Switzerland (MD, 1994). He received a Ph.D. degree in Physiology from the University of Lausanne (1995). He has spent two years as a research scientist at Columbia University in New York, USA. Hugues Abriel has been a Group Leader (2002-2009) at the Department of Pharmacology and Toxicology at the University of Lausanne, thanks to a professorship from the Swiss National Science Foundation (SNSF-Professor). From 2009 until 2016, he was the Director of the Department of Clinical Research at the University of Bern. Since October 2016, he is Co-Director of the Institute of Biochemistry and Molecular Medicine of the University of Bern, as well as Professor of Molecular Medicine. From 2012 until 2020, he was a member of the SNSF research council and was the president (2018-2020) of the division biology and medicine. He is the Director since 2015 of the SNSF-funded research network NCCR TransCure. His research work focuses on the roles of ion channels in human diseases (channelopathies). Currently, he is mainly exploring the genetic, molecular, and cellular bases of cardiac arrhythmias.